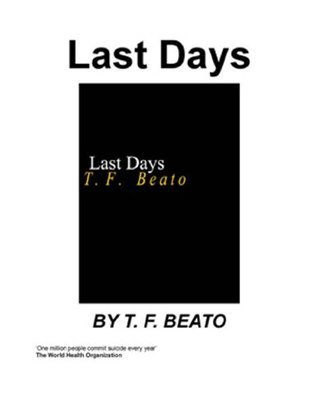 It is about a breakdown, a dream feeling, a savage subjective ethereal landscape, the mind and how it feels the worlds it comes across.The character gradually realises the moment of his death through a vast life of experience, finding existence and eventually coming to terms with his, and its diminishment. A massively shared embrace. The work is largely a series of scenes, descriptions and writings, confusing and misinforming.This piece is an evolving experience, an early attempt at another work for the future.

Here the world is bound in the actions of one man, and while it gives him a place to run around which is beyond his control, it is utterly influenced in its progression through him. Through the eyes of a child he sees it as a simple world, barely unfolding beyond the boundaries of his vision. Eventually it becomes all of his vision, as he begins to understand more, and feeds more possibilities into his environment, until the vast and complex programme finds its zenith.About the AuthorI was born on the 20th of October, 1981, and grew up and live in London.

I currently reside in a flat in EC1 in the city centre. I was educated at the University of Sussex and gained a BA in Social Anthropology. I have worked in several different jobs, in services, fundraising, sales, insurance, events management, music promotion, and the financial sector, I am currently employed in property management, and as a translator.

I have travelled extensively around Europe, America and Asia. My hobbies include socialising, playing sports, reading, and playing chess.I am involved in several very active groups dedicated to creating various sorts of art and socio-political activities.