Melting the Venusberg: A Feminist Theology of Music Heidi Epstein 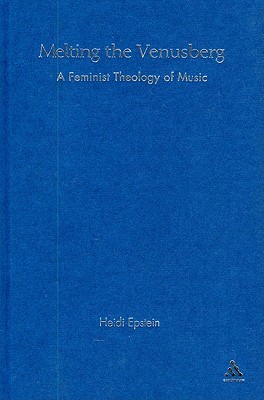 This book begins with a pointed critique of the foundations of the understanding of Western music: that music from Pythagoras to the Renaissance has been viewed as the source and model of order in the universe and in society. Unfortunately that order was rigidly hierarchical, so that over the centuries music reinforced established social prejudices, particularly those against women. Nowhere was this more evident than in religious music that was regarded by male ecclesiastics and scholars as the instrument of choice for taming hysterical female eruptions.Through her mordant commentary on a rich selection of texts by major thinkers from two millennia of Christian theology, Heidi Epstein shows in the first part of Melting the Venusberg that music as the erotic embodiment of human engenderment has been ignored or suppressed, while music as the expression of transcendent harmony, order, and restraint has been extolled.The second re-constructive part of Melting the Venusberg draws on ignored sources and lost tropes from the Christian tradition as well as on insights from the music and thought of historical and contemporary woman composers and performers from Hildegard of Bingen and Lucrezia Vizzana to Rosetta Tharpe and Diamanda Galas.

Through this recuperative synthesis, musicstheological significance changes keys, as it moves beyond its symbolic function as divinely ordained, harmonious microcosm into more dissonant metaphorical registers. Those who have ears to hear will be delighted.

Comments
Comments for "Melting the Venusberg: A Feminist Theology of Music":