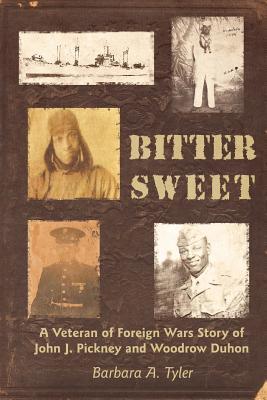 The reality of war is bittersweet. With war come both the bitter memories of the pain that conflict causes and the sweet rewards that having courage and respect for your country can bestow. Without courage and faith, no rewards are forthcoming. In Bitter Sweet, author Barbara A. Tyler recounts the war experiences of two black veterans who served during World War II and the Korean War.Part memoir, part military history, Bitter Sweet details the military careers of John J.

Pickney and Woodrow Duhon who both joined the military in 1944-Pickney the United States Navy and Duhon the Marine Corps. Though the two men never served together, they became friends and bonded through their experiences as black men serving in the military. This story details their careers, including Duhons brush with death and receipt of two Purple Hearts.Featuring many photos, these stories illustrate the realities of war and show the fight, bravery, and endurance it takes to survive service during times of conflict.